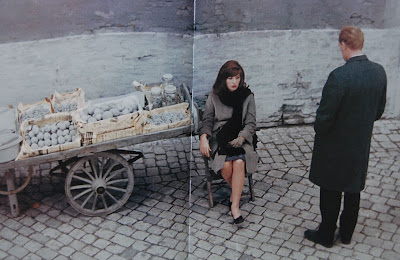 “I want to paint the film as one paints the canvas”, the "red desert" 1964, his first color feature film.
for this scene everything was painted grey to illustrate monica vitti's mood. 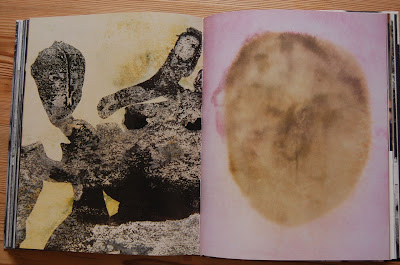 and his paintings, enlarged photographies and collages of small watercolors, yes, the same technique like used in "blow-up" 1966.

i was a little bit afraid of going back to work in august but an approach and references like antonionis work make me want to start again and even able to appreciate another possibility to work at the look of a film.
unter 7/11/2009

again a great inspiration. do you have this book of paintings? first vacation then work? always look for your blog. and always take something with me. the varification word today is: datimo. sounds good.

oh ola, thank you, there are just a few paintings of antonioni in the book "michelangelo antonioni", Seymour Chatman / Paul Duncan, by taschen. but i was looking and reading in it several times before i discovered his paintings!
yes we are leaving thursday and back in august the next work will start.
so datimo sounds like see you then, where are you going now?