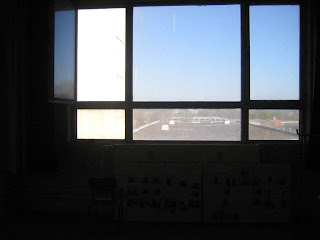 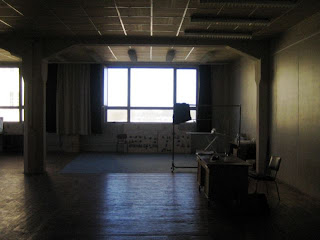 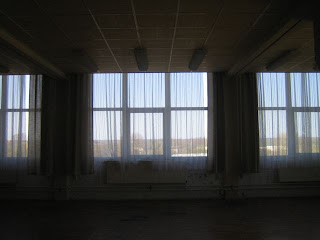 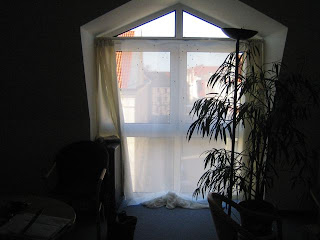 The city is depressing and deserted but the countryside is beautiful and the night before we started shooting, spring arrived with such a bursting power.

In the car I am listening to Robert Wyatts song "Shipbuilding", loud and again and again, such a distinguished song, number eleven on the CD, L made for me. I still love getting customized tapes/Cds, I enjoy every single song.

The production office and our huge costume room is located in a former sewingmachine factory. Until world war two it was SINGER, after 1945 VERITAS, in the GDR it became a nationally owned company, now it is abandoned, Germany is murmuring history, traces and demons everywhere.
Nearly 20 Years after the wall came down one can feel and smell the former system.

I try to embellish my ugly hotel room with some nightcrafting.
unter 4/23/2008