more work and a dream 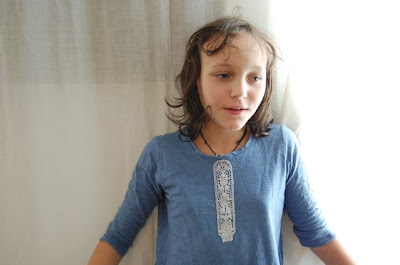 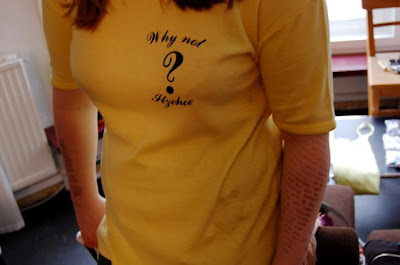 glimpses of fittings of my overpacked working week, one of several to be followed. it worked out well but it was totally crazy to do three different jobs, multitasking is not my preference at all, but every night I am kind of surprised and proud to have made the day, but angry with myself as well to have put myself into that situation again......I write it down here, I will not ever do it again, this old mistake of mine, accepting projects that might interfere and then finding myself again in the well known situation of not getting one minute free.
But at least it was good work on all projects.

I like the strange/beautiful look of the little girl in the nightdress, she will fit perfectly into the slow and reduced elegance of the films my friend A makes.

...and sometimes coincidence leads to the best ideas like with the girl in the yellow t-shirt above. we bought it just because my assistants friend is from itzehoe, a small town in germany and then the actressgirl had a poem written on her arm by a friend and the typography on the t-shirt became interesting not irritating and we then decided to make a similar t-shirt with just that question mark on it and use the handwritten letters on her arm for the film.

...and this weekend is devoted to celebrate my little-big daughters school entry and I am very excited about the idea of two days off. 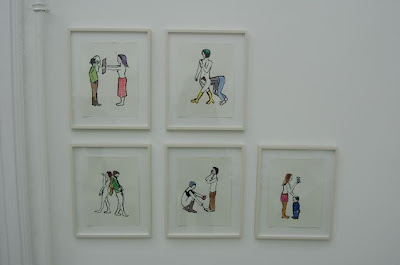 I would like to have one of that pictures of Lucas Ospina I saw tonight at our friend T's gallery opening, she couldn't tell me the price already so I am still dreaming about owning one of them...
unter 9/06/2008